Today, countless garnets can be found along the trails leading to Garnet Gate, which towers above the Millstätter Alpe ridge. The mighty gateway, whose columns are filled with garnets, serves as a reminder of Europe´s largest garnet deposit.

Sunset on the "Balcony of Stars"

Experience the most beautiful sunset in Carinthia during a romantic picnic at the Balcony of Stars.

Its massive marble base tells the story of the Hadischn Leit, legendary giants who once lived in these mountains.

Hiking along Millstätter See Alpine Trail is like a discovery tour through the mountain world around the lake - dreamily places and inspiring panoramic views. Millstätter See Alpine Trail opens a new “hiking world” connecting the mountains around the lake. Eight stages including many unique places invite you to take a rest, to indulge in nature, experience special encounters and to be amazed.
Request

> Start/finish point: circular trail
> Distance | Duration: 200 km | 13 days. Of course you can also pick out your favourite stage/stages or hike along the most beautiful and scenic parts of the stages
> Altitude difference: 600 – 2,600 m
> The Millstätter See Alpine Trail is georeferenced and integrated into Google Earth. GPS receivers available in the Infocenter Millstätter See.
>The Alpine Trail is characterised by 8 beautiful places e.g. "The Garnet Gate", "The Balcony of Stars", "The Stone Table".

The Millstätter See Alpine Trail was opened in September 2009 and runs for about 200 kilometres around Lake Millstätter See between 600 and 2,600 metres above sea level. The eight main stages lead hikers across the Hochgosch, through Spittal, to the Goldeck, through Baldramsdorf and Lendorf across the Millstätter Alpe, through the small towns of Radenthein/Döbriach, Ferndorf and Fresach to the Mirnock world mountain. Eight special places along the trail are not only inviting spots to stop for a while, but also have their own stories to tell.

Walk along the stages, all georeferenced and integrated into Google Earth, and from peak to peak in thirteen days: from the world of the 3000-metre peaks in the West, across the Millstätter See Alpe and Mount Mirnock through to Mount Goldeck in the South. The way up to Mount Mirnock is characterized by mystical places and places of power. The last few metres up to the peak lead up the 30 steps of the Scala Paradisi (Ladder of Paradise) nestled into mountain scenery. 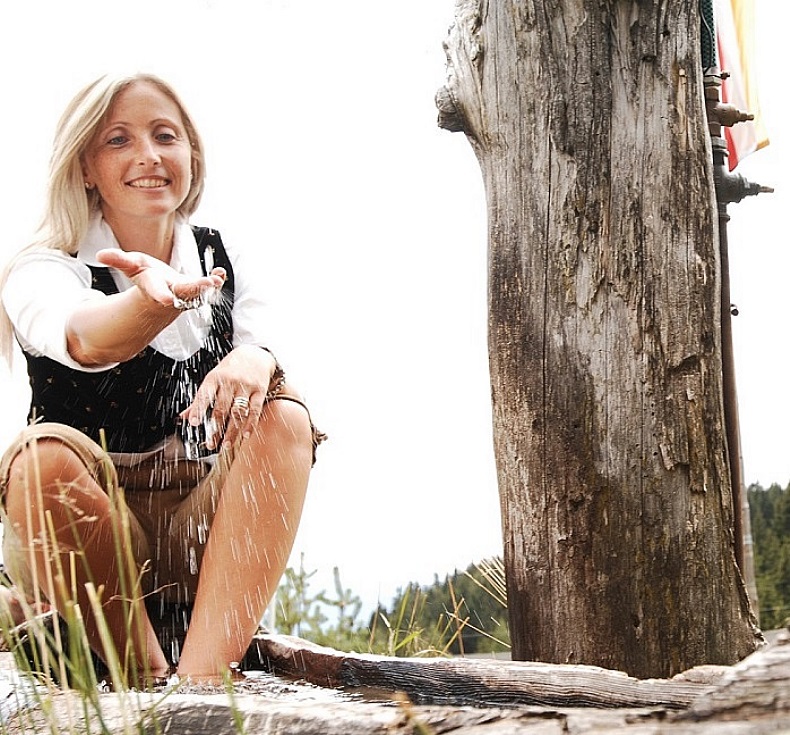 You need help or information?
We are happy to help.

We will call you back: